Emperor of the Sea Winners, Top Casinos and Countries 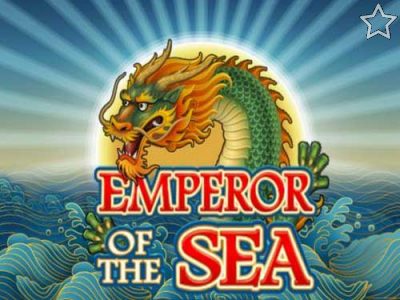 Emperor of the Sea was released by Microgaming on Mar 01, 2017. This Oriental themed 5 reel, 88 payline slots game features free spins and win multiplier.

Microgaming's Emperor of the Sea slot takes you to the Dragon Emperor's Kingdom where there's riches to play for. This game boasts Stacked Wilds on all the reels and a Free Spins feature where there's 8 spins to hit with Rolling Reels and Growing Wilds increasing Wild stacks up to 15!

The summary of winning stats for Emperor of the Sea slots game is shown below. See the biggest winners, the most popular online casinos to play Emperor of the Sea and players geography. Winners' data is updated daily. Overall Game Ranking is 31 out of 100, that's a bit higher than the average level. Game's FreshRank is 21 out of 100, it's about the average value.
RANKING:

Where to Play Emperor of the Sea?

Top 16 Winners of Emperor of the Sea


Top online casinos by total win on Emperor of the Sea.