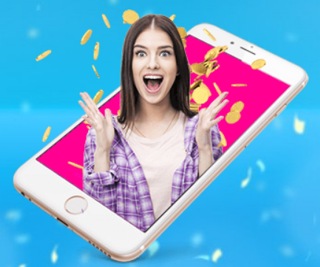 It always warms our hearts when a long time VJer comes out on top, and they broke the mould when they made Satoshi Y. That's why it was especially heart-warming when he landed a staggering win of €31,571 on Hidden, one of the newest slots at V&J.

The story doesn't end there, of course. To tell you the truth, it doesn't even begin there. It began 2 days earlier, when the 41-year old from Tokyo sat down to few games of Hidden on his home computer. He started with nothing, having made a modest deposit before he began, and set about whiling away the weekend on his favourite online casino.

Before long he'd built his initial stake into a formidable sum. No stranger to big wins - after all, Satoshi's been a member of the VJ family since 2013 - he kept spinning the next day. The wins kept piling up resulting in a big win of €31,571! We caught up with Satoshi to see if he had some words for us; turns out he had one or two.

"I love the atmosphere of real casinos, and I've tried a few online casinos," he told us, "but I really do think VJ is the best. It feels like the players have a good chance of winning, and I've always felt that you were very fair with me." Satoshi's story is a good example of how wins can hit you anywhere at any time, "I was at home for the first couple of days," he said, "but on the third day I was having a meal at a restaurant playing on my phone when I won the big one."

When asked what he thought of Hidden, one of the newest games, Satoshi said, "I like how easy it is to play. The music is great, the bonus round is simple. And when three wilds appear in the mini bonus game - it's quite exciting, and not something I find in any other game. I love the way the numbers go up when you get a high payout, it's like, ‘Wow, it's still going!'"

Finally, we asked him if he had any words of advice for fellow Vjers hoping to get their first big win. He had this to say, "I think the most important thing is to be patient. You just have to realise that there are going to be ups and down, but don't pay too much attention to them. I think that's what eventually led me to the win."

Well Satoshi's patience certainly paid off. What would you do with a €31,571 win? An impromptu holiday? A shopping spree? All it takes is a modicum of luck, a little bit of patience, and you too could be a winner at Vera&John online casino!