November 30, 2004. $16,469.35 SupaJax Jackpot Win At Wild Jack Casino Was Just In Time For Winter Said Terri A. The winner Terri A. has hit $16,469.35 progressive jackpot on SupaJax video poker on November 30, 2004 at Wild Jack Online Casino. SupaJax is a Microgaming Video Poker game featuring Jacks Or Better and offering large progressive jackpot from $5,000. Wild Jack is one of The Jackpot Factory casinos that offers over 170 exciting games, tournaments including recent "World Series of Slots" and $100 bonus. The..

November 27, 2004. Tim F. Won His First $8,619.30 LotsaLoot Jackpot At All Slots Casino. Lucky player Tim F. won $8,619.30 while playing LotsaLoot progressive slot on November 27, 2004 at All Slots online casino. All Slots offers over 180 high quality online casino games including variety of slots and 19 progressives. Join All Slots now and claim up to $150 free (buy $50). Tim F. answered the following questions about his win: Did anything unusual happen the day that you hit the jackpot? Yes..

November 22, 2004. Island Purchase Waits Another Day! Charles M. Wins $10,225.50 Playing LotsaLoot At All Slots Casino. Online gambler Charles M. won $10,225.50 progressive jackpot playing LotsaLoot Slot at All Slots online casino on November 22, 2004. "I regret not buying an island in Canada. I need another larger win before I can do that. I had my chance once, and passed on it." said the winner. LotsaLoot is a very popular Microgaming progressive slot machine game that is now available in two versions - the classic 3..

November 18, 2004. Staying Home Payed Out For Poker Ride Winner Dave L. Who Hit $4,123.96 Jackpot At Roxy Palace Casino. Poker Ride Winner Dave L. won $4,123.96 Jackpot At Roxy Palace online casino on November 18, 2004. Poker Ride is a new Microgaming progressive poker game based on Let It Ride. For additional side bet players have a chance to win progressive jackpot with Royal Flush and 10% of the jackpot with a Straight Flush. Dave L. answers JM questions: Did anything unusual happen the day that you hit the jackpot? Yes..

I started gambling on line in July of 2004. My husband and I were slot members to all the local casino riverboats in our area for 5 years. We played a lot, and won a little. Since we have found online casinos, we barely go anywhere else. I won $60,000 a week ago on Spring Break. Hit all 5 bonus reels on a max bet of $90.00 (I know that is steep), however "when you play big, Fortune Lounge hits big." I have no advice, but to "have fun and keep trying." This is the biggest hit I have ever won in all the times I have ever gambled. Good luck to all. 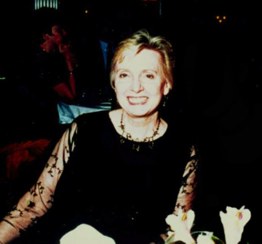 "I'm not quite speechless; I can still tell you I'm amazed, delighted, and in shock that I've won the Lucky Las Vegas Prize! Thank you, English Harbour... for such a stunning surprise."

November 17, 2004. 6 Minute-Old Online Gambler Wins $286,609 at InterCasino on October 27, 2004. It's a record jackpot at InterCasino, not because it’s their biggest winner ever, but because no one has ever won a MEGA-Jackpot so quickly. A just-out-of-the-box online gambler going by the username Silvana3, registered at InterCasino two weeks ago, on the 18th of October, but didn't start her real-play until yesterday. read full story

November 16, 2004. A Very Special Christmas For Karen S. Who Won $45,028.03 LotsaLoot Jackpot At Lucky Nugget. Karen S. won $45,028.03 on LotsaLoot on November 16, 2004 at Lucky Nugget online casino. Developed by Microgaming, LotsaLoot is a 3 reel 5 pay-lines progressive slot game with Wild symbol and 10 winning combination. Now you can find 5 reel version of this popular slot game that connected to the same progressive jackpot. The recent winner, Karen, told: Did anything unusual happen the day that you hit the..

November 15, 2004. $57,149.55 Cyberstud Poker Jackpot Winner Goes On A Mother-Daughter Trip To Europe. Poker player Sharon C. won $57,149.55 progressive jackpot on Cyberstud on November 15, 2004 at Wild Jack online casino. Cyberstud Poker is a Microgaming Stud Poker game with minimum progressive jackpot of $50,000 (bet extra fixed $1 bet per hand to qualify). Sharon told to the Jackpot Madness manager: Did anything unusual happen the day that you hit the jackpot? No, just a regular routine day. But I had..

November 5, 2004. Club Dice Casino Pays Out $971,145 In Single Win. K.S.'s windfall supersedes that of previous record holder Brenda J., who won $645,318 exactly three months ago, by a margin of nearly a third of a million dollars. It has also significantly upped the ante for other Winajackpot hopefuls, by raising the stakes ever closer to the magical million-dollar mark. K.S. of Japan scooped her prize playing Gold Rally, a hugely popular progressive 8-line Wild West..

November 4, 2004. Fortune Lounge player Doug C shares his experience. Unbelievable. What started out to be just another ordinary day turned out to be one of the most adrenaline rushing moments of my life. A $3.00 bet turned into $17,220.10 right before my very eyes. I sat back in my chair looked into the heavens and quietly said thank you very much. I have been playing for approximately 6 months and have had other wins but nothing this large. I plan on taking my family on a..

November 3, 2004. Fiona H. Wins Her Life Changing Jackpot Of $48,501.87 On Cash Splash At The Gaming Club. Fiona H. won $48,501.87 jackpot on Cash Splash progressive slot on November 2, 2004 at The Gaming Club online casino. Operated from 1995, The Gaming Club is probably the oldest casino on Net. New players can claim 100% match welcome bonus up to $150 free. The new winner Fiona told: Did anything unusual happen the day that you hit the jackpot? It was the Melbourne Cup race day and for the first time, I..

November 2, 2004. Goodbye Mortgage For Club Dice Casino Player K.S. Who Won $971,145 On Gold Rally Slot. Player K.S. won large $971,145 progressive jackpot at Club Dice online casino playing Gold Rally slot machine on the November 1st, 2004. On the picture you can see how a camera-shy K.S. poses next to her record winning. She said "GOODBYE MORTGAGE!" and answered several questions about her recent gambling experience. When did you start playing online casino? In July 2004. How often do you play at Club Dice..

All Winners of November 2004, Top Games and Daily Stats »